On 1 December 2014 Granada was officially granted membership of the UNESCO Creative Cities Network (UCCN) in the Literature category. Granada was the first Spanish-language City of Literature to be afforded this distinction.

The make-up of the UNESCO Cities of Literature Group at the time was as follows:

After an exciting process that was launched in 2009 by Granada City Council in partnership with the UNESCO Centre in Andalusia and various public and private institutions, Granada was designated as a City of Literature by UNESCO, thus joining its prestigious Creative Cities Network (UCCN). With this appointment, Granada joined a select international group, made up at that time of Edinburgh, Dublin, Krakow, Reykjavik, Melbourne, Norwich and Iowa City, as well as Prague, Heidelberg and Dunedin.

Letter from Irina Bokova to the Mayor of Granada

Our network is growing

What is the UNESCO Creative Cities Network?

The UNESCO Creative Cities Network was created in October 2004 to bring together cities with a creative tradition in seven topic areas, the fields of literature, film, music, popular arts, design, digital art and gastronomy. In the words of Irina Bukova, “The UNESCO Creative Cities network is a tool for cooperation that encarna UNESCO’s wish to support the creative ity and innovative potential of cities and so open up routes for sustainable economic development”, as well as social inclusion and cultural interconnection. In UNESCO’s view, UCCN puts creative cities in touch with one another so they can share their knowledge, know-how, experience, management skills and technology. The objective is to strengthen their capacities at a local level, by making creativity a key element for economic and social development, promoting the diversity of cultural products on the national and international markets and consolidating their cultural value.

These purposes and objectives have been fully taken on board by Granada, a city that is well aware of its strengths as a city of culture and its huge potential for growth in this area.

Granada, an iconic city in literature, has always been a semillero for poets, writers and intellectuals of great significance, from Yehudá Ibn Tibón (1120-1190) and Ibn Zamrak (1333-1394), to Ángel Ganivet (1865-1898) and Federico García Lorca (1895-1936). Granada has a very long history as a city of international literary renown, not only because so many writers from many different countries have celebrated it, told stories about it and sung its praises, but also because it has stimulated so much literary creativity and left its mark on the work of many highly diverse and well-known names, from St John of the Cross to Washington Irving, from Juan Ramón Jiménez to Malcolm Lowry, and from Marguerite Yourcenar to Derek Walcott.

This tradition has continued to this day and is now even now stronger than it is has ever been. Granada is a front-rank centre for literary production and the management of literature-related activities. Hundreds of literary events, poetry readings, book launches, round tables, writers’ encounters, seasons, conferences, seminars, etc. are held each year in the city as a result of private and public initiatives of all kinds. Numerous independent publishers are based in the city, and an extensive network of bookshops provides spaces where events are always being held. Over the course of each academic year, the University of Granada, through the University Extension Unit, The Madrassa. Contemporary Culture Centre, the Federico García Lorca Chair or the various departments of the humanities faculties, organises numerous activities for the dissemination and study of literature, on both a national and international scale. Institutions including the Alhambra and Generalife Trust, Euro-Arabic Advanced Studies Foundation, Francisco Ayala Foundation, Academy of Letters, as well as festivals and private-public initiatives of all kinds (the Granada Noir Fiction Festival, Ateneo de Granada la Diente de Oro Association, La Expositiva, La Casa con Libros or the Capital Letters seasons at the Andalusian Literature Centre, Poetry in the Garden, El Vaso Roto, Poetry Slam Granada, among many others) constantly offer poetry and fiction activities.

With close cultural links to Latin America and North Africa, Granada has had the honour of being the first Spanish-language UNESCO City of Literature. This undertaking provides the city with a great opportunity to strengthen its international vocation, to interrelate cultural-management experiences with other cities all over the world and learn from then, but also to foster creativity and the enjoyment of the arts among local people, to promote the city’s artistic and literary fabric and to continue to integrate cultural industries into local development. 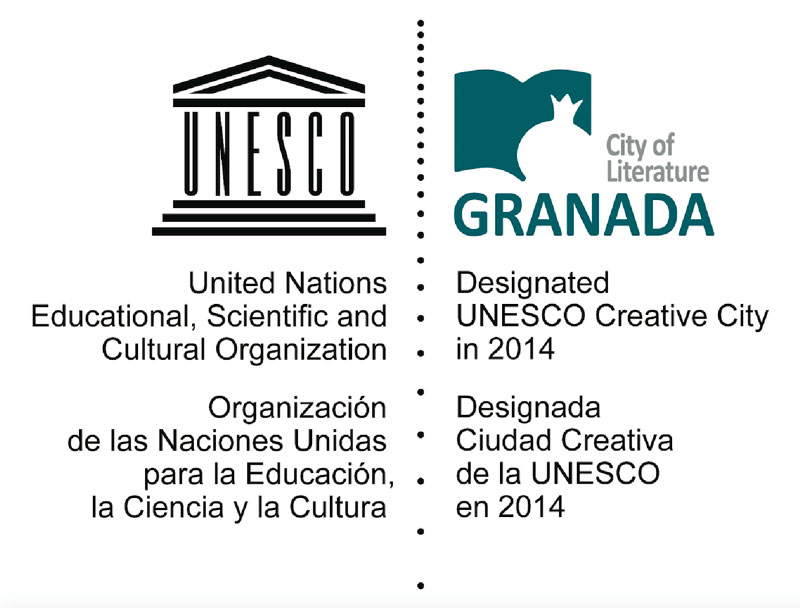 With its membership of UCCN, the city of Granada is committed to developing a set of objectives within the action areas set by the Network’s Declaration of Objectives. Specifically: strengthening the creation, production, distribution and enjoyment of cultural goods and services at a local level; fostering creativity and creative forms of expression, particularly among vulnerable groups, including women and young people; improving access to and participation in cultural life and the enjoyment of the arts; and, finally, integrating the cultural and creative industries into local-development plans.

To achieve this, the focus will be on the following action areas: pilot projects or initiatives that demonstrate the key role that creativity plays in development; fostering best practices: exchanges on projects and measures of proven efficiency and effectiveness; meetings: consulting, encounters and virtual conventions; cooperation and aid programmes: North–South, South–South and North–South–South initiatives to support any member cities that need assistance; and initiatives related to local and national development plans.

Creation of the Granada UNESCO City of Literature programme

To manage the city’s UCCN membership and pursue all the objectives set and undertakings made, Granada City Council, through its Culture Department, has set up the Granada UNESCO City of Literature Programme, with its own allocated personnel and budgets.

The figure of Federico García Lorca has become a unifying and driving force for the city of Granada’s most ambitious cultural initiatives. His works generate values of cosmopolitanism, depth, social awareness and a breadth of aesthetic registers, forming a perfect fit with UNESCO’s own cultural values. The opening of the Centro Federico García Lorca and Granada’s membership of the Creative Cities Network have not only coincided in time, but also represent an invitation to join forces, share ideas and create synergies. If Lorca’s reputation has been a fundamental reason for being granted membership, it will continue to be to the fore in projects and activities that are being planned to launch Granada as a city of the arts and literature. This is why in 2015 Board of Governors of the Centro Federico García Lorca Consortium agreed that the physical headquarters of the Granada UNESCO City of Literature Programme, which depends on Granada City Council’s arts department, should be located on the premises of the recently opened Lorca Centre. 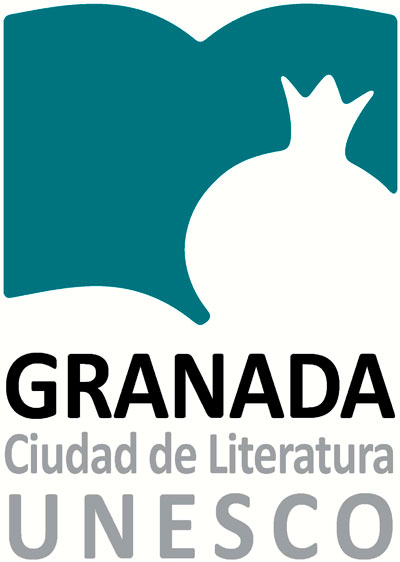